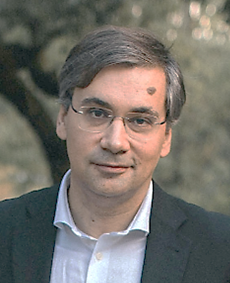 The fields of Artificial Intelligence (AI) and Systems Biology have been co-evolved for several decades passing through similar hype cycles (changes from exaggerated expectations to disillusionments). Besides undeniable usefulness of application of machine learning methods for improving the analysis of large scale molecular and imaging data, the artificial intelligence approach promises to resolve certain bottlenecks of systems biology today, such as constructing large-scale predictive models or defining the latent spaces of complex biological systems. It was suggested that AI can potentially boost the progress in systems biology via wider exploitation of automated reasoning, making virtual experiments and augmenting the experimental data. At the same time, the AI field must resolve its own some challenging problems such as dealing with explainability and unavoidable unexpected mistakes, in order to avoid the next ‘AI winter’. In my lecture, I will highlight the impact of the recent developments in artificial intelligence on the systems biology approach, and will try to imagine their future interplay.

AN Gorban, A Zinovyev. Principal manifolds and graphs in practice: from molecular biology to dynamical systems. 2010. International Journal of Neural Systems 20 (3), 219-232.

Andrei Zinovyev is a permanent senior researcher working at Institut Curie since 2005. He co-leads and coordinates the scientific projects of Computational Systems Biology of Cancer team at Institut Curie. His master degree was in Theoretical Physics, he received his PhD in Machine Learning in 2001 at Institute of Computational Modeling of Russian Academy of Science and was habilitated in biology at Ecole Normale Supérieure in Paris in 2014. Since 2019, he holds a research chair at Paris artificial intelligence research institute (PRAIRIE). Together with his group, Andrei Zinovyev has been involved in the French and EU projects on application of systems biology approach to improve understanding of cancer progression and rationalize cancer treatment, by applying biological network modeling,  machine learning methods to cancer omics data and formalization of biological knowledge. He is co-founder and co-organizer of Disease Maps European consortium and FEBS/EMBO International Curie Course on Computational Systems Biology of Cancer. Andrei Zinovyev authors more than 110 peer-reviewed research articles and 3 books.

This website uses cookies to improve your experience while you navigate through the website. Out of these cookies, the cookies that are categorized as necessary are stored on your browser as they are essential for the working of basic functionalities of the website. We also use third-party cookies that help us analyze and understand how you use this website. These cookies will be stored in your browser only with your consent. You also have the option to opt-out of these cookies. But opting out of some of these cookies may have an effect on your browsing experience.
Necessary Always Enabled
Necessary cookies are absolutely essential for the website to function properly. This category only includes cookies that ensures basic functionalities and security features of the website. These cookies do not store any personal information.
Non-necessary
Any cookies that may not be particularly necessary for the website to function and is used specifically to collect user personal data via analytics, ads, other embedded contents are termed as non-necessary cookies. It is mandatory to procure user consent prior to running these cookies on your website.
SAVE & ACCEPT